The missing period is one of the early signs of pregnancy. When you are expecting a baby, your body stops releasing eggs for further fertilization. Therefore, you stop bleeding for the entire time of pregnancy - for nine months, plus some time postpartum. Having said that, women may have their "periods" EVEN though they have a bun in the oven.

Have you ever heard about women not knowing about being pregnant until the very end of their pregnancy? As crazy as it may sound, it can happen. Not very often, though. You can be pregnant and get your “period” at the same time. “The period” is not as intense as before, it comes in the form of mild spotting, but any way of bleeding should not be underestimated when it comes to pregnancy. When you are pregnant, but you start bleeding, technically you cannot menstruate because your ovulation has stopped for a while. Bleeding in pregnancy is not normal; therefore, it can be a sign of something serious happening. Bleeding can be even a sign of a miscarriage or an ectopic pregnancy. In some cases, it can be harmless, too. Keep on reading to find out more.

One of the perks of expecting and having a baby is being free from monthly bleeding :) You will have at least nine months of freedom from your period. When your period returns usually depend on whether you breastfeed or not. You can expect to have your period back somewhere between 6-8 weeks postpartum if you are not breastfeeding. When you are breastfeeding, the timing for a period to return can vary from any time from 6-8 weeks to a couple of months. Or you may even be period-free for as long as you are nursing your baby, especially if you breastfeed exclusively. It may keep your menstruation at bay.

However, pregnancy and bleeding can home hand in hand, in some cases. Many women claim to have their regular “period” even though they were expecting. Some of them were not even aware of being pregnant. Bleeding in pregnancy usually occurs in the early stages of pregnancy, and it is nothing unusual. One must keep in mind that bleeding in pregnancy is not called menstruation (therefore we are referring to it as a “period”)

Not every vaginal bleeding is called menstruation. If you are bleeding but you cannot menstruate (pregnancy or later menopause), you should see a doctor a.s.a.p. Something went wrong. You can be facing an ectopic pregnancy (which is life-threatening), some illness or a sudden complication, all of which can jeopardize your pregnancy.

People tend to call any non-symptomatic bleeding during pregnancy just menstruation. But, as we have already mentioned above, you cannot be pregnant and menstruate at the same time. If you want to know why keep on reading, we will take a closer look at what menstruation is.

The menstrual cycle is not only about monthly bleeding. Bleeding is only one part of the period, the only one which is not hidden to our eyes :) There is more than meets the eye. Bleeding itself is just a beginning. The menstrual cycle starts with the first day of the period and ends when the next period begins. After the bleeding stops, your body starts to get ready for conception. An egg is growing in your ovary, getting ready to be released and fertilized. A lining in uterus is thickening, preparing to welcome the fertilized egg. Sometime in the middle of your cycle, you have ovulation. The egg is released and travels through the fallopian tube towards its destiny. It stays there for about 24 hours, waiting for a single sperm to fertilize it. If the egg fulfills its destiny and meets the sperm, the fertilized egg attaches to the lining in the uterus within ten days after fertilization. Then it starts to produce the hormone hCG.

One of the first signs of pregnancy is the missing period. If you are late, buy a pregnancy test to find out the reason behind the missing period. Or you go and see your doctor. Your doctor will run a blood test to find if the aforementioned hormone is present. However, you can be pregnant and get your period. It will be way less intense, more like spotting. The colour will not be the colour of the fresh blood - bright red, but more brownish or dark-reddish (the colour of older blood).

The lining in the uterus keeps on thickening, getting ready for the egg. If the egg has not been fertilized, the lining starts to break down and shred, menstruation begins, and the whole cycle starts all over again. The length and intensity of the bleeding vary, from 2-3 days up to a week.

The lining in the uterus is a crucial player in a game called conception. In the second half of your cycle, it gets progressively thicker, enough to be able to welcome the fertilized egg. Some women experience problems with infertility because of the insufficient thickness of the lining. The lining in the uterus is not thick enough to be able to attach the egg. Skinny women, women on drastic diets or with bad eating habits may face such problems.

Menstruation in the early stages of pregnancy

Bleeding at the beginning of the pregnancy is quite common. During the implementation of the egg into the lining in the uterus, some blood vessels can break down and cause mild vaginal bleeding. You can bleed (or spot) for several days; therefore, it can be easily mistaken for a period. Especially if you usually have mild-intensity periods.

Anyway, if you are pregnant, or when you strongly suspect you might be, and you start bleeding, you should see your doctor without delay. There is no need to wait until it is over; one never knows what could have caused the bleeding. Better be safe than sorry. 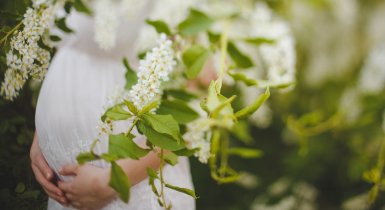 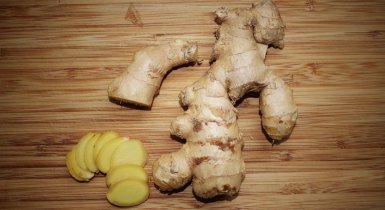