There are many helpful or tracking methods which can help you when you want to conceive. Couples dreaming about a baby can try the symptothermal method; they can measure the basal temperature or track the woman's ovulation and use an ovulation test. All these methods have one thing in common – they help you to track your ovulation cycle.

The ovulation test tracks your cycle and tells you when is the best time for conception. It takes some of the guesswork out of trying for a baby by showing whether you are or not in a fertile window of your cycle, so you know your chances. How does it work? It tests your urine for a sharp increase in luteinising hormone (LH), which happens a day or two before ovulation. You are the most fertile 12 to 36 hours before an egg is released. You'll see coloured stripes appearing on the test stick. The stronger they are, the more fertile you are.

There are many kinds of ovulation tests to choose from. The most popular is the test with coloured stripes appearing on the test stick. Or you can pick a digital ovulation kit if you fancy. This one will show you a smile emoji if positive. However, they both work the same; they measure the level of LH in your urine, especially the rapid increase in its amount showing ovulation happening.

The ovulation is a part of your cycle when your egg is being released to be fertilised. The ovulation itself only lasts for a couple of seconds, and the egg has approx. 24 hours to be fertilised; otherwise, it dies. If you want to track your ovulation, you should take an ovulation test for several days in a row before the expected/suspected ovulation. This way, you will be able to catch that sudden increase in the level of LH. These test should be taken every day at the same time, not directly in the morning.

If the test strikes positive, you can have fun a try for a baby :) If you succeed, the fertilised egg finds its way to your uterus to make itself at home in the uterial lining. Now you can do the other test – the one you are looking for to be positive – the pregnancy test :).

If you do not succeed, the egg leaves your body in your monthly bleeding.

So, if you want to get pregnant, you have to have intercourse in the time of your ovulation as we know that you have 24 hours after the egg is released to succeed. Not every cycle is perfect; they rarely are. It makes finding out the exact day of your ovulation a little tricky as it does not necessarily need to be the same every month. It is usually in the middle of your cycle, plus-minus. If you have a regular period, it is better to predict and track your ovulation. It may even be the same every month. However, only a few women do have regular cycles. If the length of your period varies from 28 to 35 days, for example, even your ovulation can vary plus-minus several days around the middle of the cycle. So if you want to be sure when you ovulate, purchase an ovulation kit and track your cycle.

How does it work?

It tests your urine for a sharp increase in luteinising hormone (LH), which happens a day or two before ovulation. You are the most fertile 12 to 36 hours before an egg is released. You can use a standard test with stripes appearing or a digital kit. Standart test with stripes are usually sold in bulk – at least five testing sticks in a box. If you want to measure the level of LH efficiently, you have to take this test for (at least) 5 days in a row before you expect your ovulation. A digital test is a device where you insert testing cards or sticks.

Ovulation test may look like a pregnancy test, but they are different in the way they show the result. You should always have two coloured stripes on the testing stick if used correctly. So how you know if it is positive or negative? If positive, the testing stripe must be stronger, then the control stripe on the test stick. Is it so? Let's get back to bed :)

If you want to take an ovulation test, be ready to see the negative result. The odds are pretty high as the positive result appears only that one day – the day of your ovulation. Do not get sad; this is the reason you should do the test for several days in a row. As we have already said before, the ovulation test always shows two coloured stripes. If the testing stripe is paler, then the control stripe – the test is negative.

If you see only one stripe, or none, on the test, the test has failed. Do not use one test repeatedly, every time you need to use a new one. Always read the instructions first. Every brand is different.

No latter how long you have been trying for a baby or which methods you have used, we keep our fingers crossed for you to succeed as soon as possible :) In the meantime, you can check our pregnancy and maternity attire. 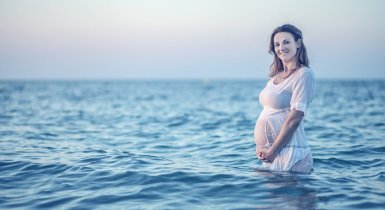 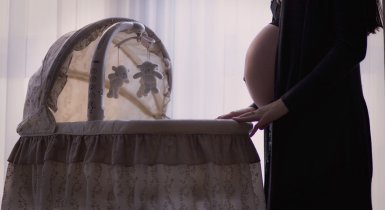