Babywearing is not a new trend, it is a tradition!

By carrying babies in baby-wraps and baby-carriers we are going back to the roots of traditional parenting. Back in the day, children were not given much attention. This changed in the 20th century, which is known as the Century of a Child. This period changed the relationship between parents and their offspring. Before the 20th century, children were primarily considered carriers of the family name, descendants. Nowadays, children are at the centre of their parents' attention.

Prams - the fashion trend of the 19th-century

In the past, women used to work around the house much more than now. As a result, they did not have much spare time for their children. As the death rate was high, especially during infancy, women tried to have as many children as they could to make sure their lineage survives. Newborns were held in a bassinet by the mother's bed, older children shared beds with the parents or they slept above a tile stove or on the ground. First baby cots were manufactured in the second half of the 19th century.

The first pram was constructed in 1773 by William Kent from England. It was made for the young Duke of Devonshire as a toy. Prams, as we know them today, appeared a century later. The first models of prams had 3 wheels and were constructed only for sitting. Manufacturing of prams with carrycots started around 1880s.

So, what did women do to carry children around before they could afford prams? In poor families, women tried to help themselves however they could. As they were leaving the house to work the field, they wrapped their little ones into cloths, tied them on their backs or they carried babies and constructed a simple bassinet directly in the field where they could rest. Mostly linen or hemp wraps were used for babywearing in the past. They were not as soft to touch as modern wraps but they were fit for the purpose and survived generations of carrying children.

Women from wealthier families were in an easier position; babies were handed over to nursemaids right after birth because their mothers had to fulfil duties required by their social status. Mothers did not spend much quality time with their children, hence the lukewarm relationship between the mother and her children. It was a holy duty for a member of a royal family to deliver as many descendants as possible. As being pregnant and giving birth was the priority, children already born were looked after by nannies and nursemaids.

Babywearing – a new trend or a tradition?

Carrying babies in sheets and cloths is considered the beginning of babywearing. It was the easiest way to carry children around and to take care of the household all at once. Hence, modern babywearing is not a brand new trend but return to the roots.

It is difficult to track back the beginnings of baby-carriers. In Europe, the first baby-carriers were manufactured in the 1970s. Their popularity grew during the last decade of the 20th century as the topic of correct babywearing became widely discussed. Kangaroo carriers shot to fame quickly, however, as they were neither healthy nor ergonomic, soon they were strongly criticised. Sadly, these carriers can be still found among babywearing mothers today.

Universal baby-carrier? Be Lenka 4ever!

Lenka Baby-carriers are designed and handmade in Slovakia by Lenka Cenigova Gajarska from Zilina, a former athlete and Slovak representative in athletics. In 2015, as a mother of two beautiful daughters, she made her first ergonomic carrier. After posting her work of Facebook and she immediately impressed following mothers which prompted her to set up her own e-shop BeLenka.com.

Earlier this year, Lenka launched her new and innovative carrier - Lenka 4everwhich complements her older carrier versions with many useful and practical features. Lenka 4ever is a growing carrier that grows with your child, meaning it is suitable for babies from 3 months old up to toddlers of 3 years of age. Aside from an adjustable hip belt, Lenka 4ever is fitted with an adjustable headrest. Mums can change the width of their baby's headrest by pulling on cords.

Be Lenka 4ever baby carriers

The hip belt is fitted with a small pocket which may come handy when you need to carry keys, mobile phone or even a small wallet. Many mummies will, undoubtedly, appreciate an added hood, sewn into the headrest, so that they can easily protect their precious ones against the sun, wind or rain. 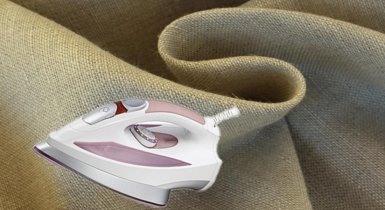