The test shows two stripes, and you beyond thrilled. You are having a baby! You may start wondering if it will be a girl or a boy. At least a million ways how to break this news to your partner cross your mind. You may even think about names you will choose from. Pregnancy symptoms start showing up. You are sick but happy, tired and hungry, your bra is suddenly a size (or two) too small. You are looking forward to your first ultrasound as you cannot wait to see your baby for the first time ever. You feel very pregnant, but... Something went wrong. There is no egg in your uterus. It is somewhere else, where it definitely should not be. This case is called an ectopic pregnancy. What exactly is it?

An ectopic pregnancy looks (at the beginning) just like any other pregnancy. It starts with a missed period, a positive pregnancy test, all the pregnancy symptoms start to show up, all of that usual pregnancy stuff. You feel perfectly okay, nothing seems to be out of the ordinary. Everything looks just fine. This is why you cannot possibly know that something is not right. Only ultrasound screening can expose it. An ectopic pregnancy means that the fertilized egg implants and grows outside of the uterus. Mostly it occurs in a fallopian tube. Sometimes, it the egg implants in an ovary, abdominal cavity or lower part of the uterus (cervix). Ectopic pregnancy cannot proceed normally, and the fertilized egg cannot survive outside of the womb. Growing tissue can cause internal bleeding, which is life-threatening if it is not treated.

How to find out?

Your period is late, you suspect you might be pregnant, so you purchase a pregnancy test. The way how these tests work is quite simple and pretty accurate. They work by checking your urine for a hormone called human chorionic gonadotropin (HCG). This hormone is produced by your body only in pregnancy. HCG is released when the fertilized egg attaches to the lining of your uterus (10-14 days after fertilization). Therefore, there is no reason to do a pregnancy test before your period is due. You might be pregnant, but the test will show a negative result. Be patient. Here comes the tricky part - ectopic pregnancies produce HCG, too. So the test shows positive results, but... Something is not right...

At the very very beginning of pregnancy, there is no chance to see a fetus using an ultrasound. You can get your pregnancy confirmed by checking your blood sample for the presence of aforementioned hormone HCG. Blood tests cannot rule out the ectopic pregnancy, nor they can confirm it. Blood results simply say whether you are pregnant or not. The ultrasound test can be performed quite early, 5-6 weeks past your last period. This ultrasound not only confirms (or not) your pregnancy but, unlike a simple blood test, will also locate the fetus. Whether in your womb or elsewhere. Another sign of the ectopic pregnancy may be bleeding. The bleeding is intense, and the blood is bright red.

Nothing may seem out of the ordinary, at first. However, the ectopic pregnancy is a life-threatening condition which has several warning signs and symptoms. These are most likely to show up in the first weeks of pregnancy, sooner or later. These symptoms are considered normal in any healthy pregnancy, but ONLY if mild and non-bothering. If severe or unbearable – run to your doctor or ER!

The last sign is extremely dangerous because internal bleeding can be fatal. So to speak, if you notice any of these symptoms causing more than mild discomfort – seek medical help asap.

When a pregnancy test or a blood test confirms the pregnancy, but the woman starts bleeding soon after, she will most likely think she has miscarried. In case of a miscarriage, the hCG hormone will decrease slowly, and only after the fertilized egg leaves the woman's body for good, there is no hormone left, too. However, if the woman is bleeding, but the hCG hormone is still present in the same amount, she is experiencing the ectopic pregnancy, not a miscarriage. Many pregnant women feel mild cramps (the fertilized egg is making its comfy bed in the uterial lining) which is pretty normal. However, ectopic pregnancies are accompanied by sharp, throbbing pain and intense cramps in the lower abdomen. This is the first sign that something is not quite right, and one should listen to her body and see the doctor without hesitation. Early discovery of the ectopic pregnancy can save one's life. Better safe than sorry.

Unfortunately, no ectopic pregnancy has a happy ending. A transvaginal ultrasound allows your doctor to see the exact location of the egg. When your doctor confirms the ectopic pregnancy and locates the egg, he will suggest further steps on how to terminate the pregnancy. Any fertilized egg cannot develop normally outside the uterus. Untreated ectopic pregnancies can cause a rupture in the fallopian tube and internal bleeding. To prevent this from happening, an ectopic tissue must be removed. Your doctor will suggest a laparoscopic procedure, most likely. In this procedure, a small incision is made in the abdomen, near or in the navel.

The ectopic tissue is then removed, and tube repaired or removed. The procedure depends on the amount of bleeding and damage caused by the ectopic pregnancy. In some cases, you might need emergency surgery (in general anaesthesia) through an abdominal incision. This emergency surgery is performed if you experience heavy bleeding or if the fertilized egg is located in the abdominal cavity. One way or another, no woman should risk her health and should have her ectopic pregnancy terminated as soon as possible.

Getting pregnant after an ectopic pregnancy

Not to sugar coat it, recovering from the surgery is not a walk in a park. You must be patient and let your body and soul heal after such loss. You can feel deep sadness and grieve your lost baby. To get well, you must let your tears fall and feel your emotions. Not to paint your situation with anyone's brush, every experience is different. If needed, you can seek women who, too, suffered from a loss in pregnancy. It may help to hear a soft word from someone who was once in your shoes. You are not alone.

Having gone through this challenging time might even make you question your future. Am I allowed to have a baby, once? Will I carry my baby to the full-term? What if I am not meant to carry another baby? What if.. what if… What if that ectopic pregnancy was my endgame? However, painful and traumatizing that experience might have been, there is no reason for guilt and doubts. It is not your fault. Ectopic pregnancies happen, just like that. Either you may have a predisposition (misshapen fallopian tubes or inflammation), or it is just a silly and tragic coincidence.

Well, to be brutally honest with you, the history of the ectopic pregnancy(ies) can pose a threat to your future pregnancies, that is unfortunately true. But having said that, you might be able to conceive and carry your baby with no complications. Are you worried because your fallopian tube has been removed? If your second tube is working, there is still a fair chance to conceive successfully.

With one fallopian tube or both, it is generally suggested to wait at least 6 months after the surgery before you start trying for a baby. If you conceive, your doctor will see you as soon as possible, wishing to confirm a healthy pregnancy. Thanks to modern technologies, gynaecologists can recognize the ectopic pregnancy in the very beginning. Therefore it is possible to terminate it before any damage is done. Fallopian tubes can remain intact, and future pregnancies are saved. Always cherish a hope J 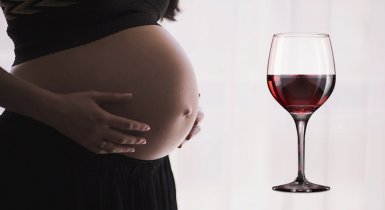